Once upon a time there was a girl who met a guy. 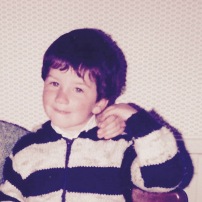 They fell in love, bought a house, got married, moved to Canada, had a baby and never slept again…The End?! Well, we can’t actually see the end but every single, cosmo-foresaken night we hope to the ends of the Earth that tonight will be the night that they finally both sleep.

I know it sounds dramatic, and many of you will be chuckling and nodding your head in agreement, but if you truly are in the same boat as us, I know the nodding is an involuntary attempt to stay awake.

Grab it when you can…

The Lord, as I’ve mentioned before, has always been a sleep-a-phobe but we had higher hopes for the General. We should’ve known though, he’s always been the sly one…pretty much sleeping through the night for the first five months then boom – back to our norm!

Last night was a particularly shit night but not that far from a typical nocturne. Having skipped his nap, the Lord was beyond tired and whining for bed from around 5pm. I finally caved at 6:30pm and within five minutes he was away with the snoozies. The General was soon to follow and I finally had some peace to make dinner and clear away the detritus (I bloody love that word, by the way!) of the day. 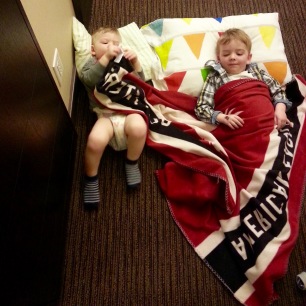 Oh, the irony other favourite game! 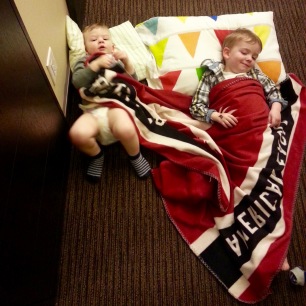 …pretending to sleep in the hallway!

An early-ish bed for me and Mr. BM (9pm) then cue wake up number one at 11pm. Then another at 1am. The Lord then joined the party at 3am before the General decided enough was enough at 4am…FOUR A.M. FOR. THE. DAY.

Now, with all due respect please save your advice. I’ve heard it all:

“Just close the door on them” – we do, but they both have opposable thumbs ergo a closed-door is no match for them

“Have you tried the ‘wake to sleep’ trick“ – are you mental?! they wake pretty much every hour between them already

“Get a Gro-clock“ – this plastic piece of chuff is as useful as the above teapot on a sunny day. Plus the Lord has worked out that if you unplug it briefly, you can override the snooze mode lock. 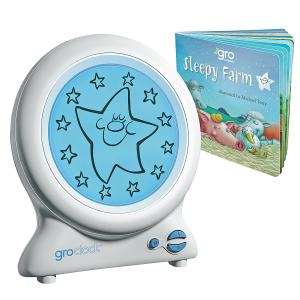 You have one job to do…just do it, you stupid clock!

The experts would suggest an established routine (check) and quiet time in the lead up to bedtime (done). We’ve stuck with the same bedtime (between 7 – 7:30pm) for months but this badass, narky, need-to-sleep-so-I-don’t-kill-someone mama isn’t playing by the rule book anymore.

Tonight we begin our little sleep experiment.  Tonight, we are moving bedtime to 8pm.   Whoah there sleep doulas – I know the mantra of “sleep leads to more sleep”, but Albert (reportedly) said “the definition of insanity is doing the same thing over and over again, but expecting different results”.  He also had a better moustache than any sleep doula I know.

So watch this sleepy space as we forego our evenings, lengthen our days and hopefully delay ‘sunrise’ until after 6am.

2 thoughts on “Screw you, 4am…and other choice phrases”