Firstly, I would like to apologise for ignoring you all during the last month. It’s been a corker of a December, filled with too much food, too many builders and not enough painting. The lurgy has floored us all and sleep has been non-existent but we are in touching distance of a new year and so, it seems appropriate to take stock of the year that was.

2016 was the year we moved from Canada to England. 18 months in the making, the move was emotional, exciting, daunting, lonely, comforting and a thousand other things all rolled into one. I still miss Toronto every day but we are well on our way to being settled.

2016 was the year we bought our first family house in the Cotswolds. We were quite smug when we stumbled across a gem of a project in a great area, chain-free and within budget. Little did we know that it would take over 16 weeks to complete the sale! Almost six weeks later we are still not living in our new family home but hopefully by the end of January we will finally be a self-contained unit again!!

2016 was the year the Lord started school (sort of!) He has asked to go to school since he turned three and finally, in September, he got his wish (well, pre-school!) We had a rocky start but this Christmas holiday has merely been a countdown to the day school starts again!

2016 was the year The British Maple published its first post. Although I created the blog around five months beforehand, it wasn’t until the beginning of 2016 that I mustered the courage to finally hit ‘publish’ and I am so happy I did! The British Maple has been my sanity. I have made new friends, found some great other blogs and thoroughly enjoyed writing my drivel for you guys week after week! 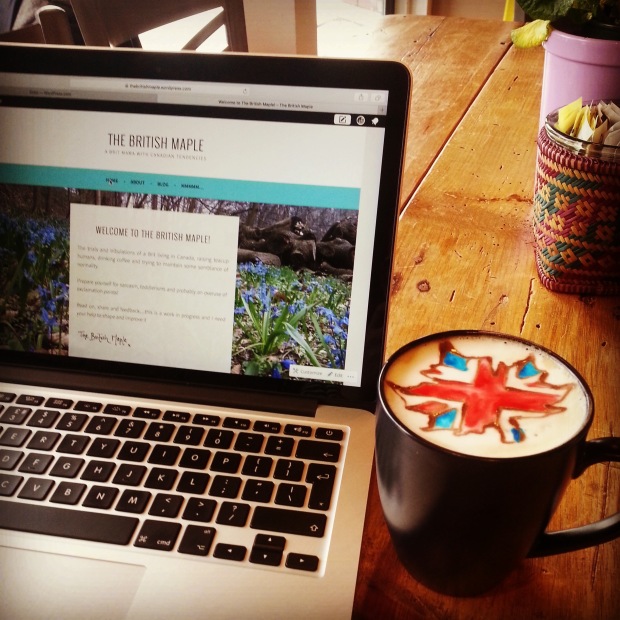 2016 was the year of goodbyes. I had to say some tough goodbyes to some amazing friends and neighbours in Toronto (and to Toronto, too). I said goodbye to an uncle and saw the sadness his passing has caused. Far too many public people have left us and some days I think we’ve all said goodbye to humanity; when I look back at the utterly shocking behaviour of humankind in some parts of the world.

♥ We will be in our new home, with our new extension ♥ We will make new friends and reconnect with old ones ♥ We will enjoy far more family time with all the grandparents  ♥ The General will start ‘school’ and the Lord will start ‘proper’ school ♥ I will finally lose weight and look after myself  ♥ We will see a much-loved cousin get married ♥ we will be happy ♥