Amidst the chaos that has been our life for the past few months, a very significant change has happened.  I’m not sure when, exactly, it happened, nor do I know exactly how; but I have rather mixed feelings about it. I have gone from being a seasoned tandem nurser to a no-milk mama. I am thrilled to have my body back but there is another emotion I haven’t quite managed to put my finger on yet.

When I ‘came out’ as an extended nurser (I call it being a lazy mumbag, but whatever!) I had no idea, plan or intention to wean or continue, I (quite literally) went with the flow! 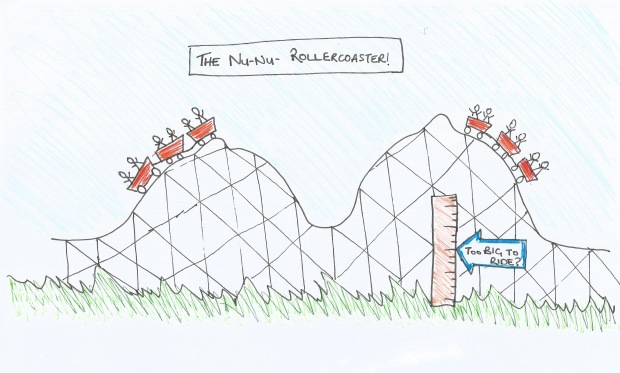 …and what a rollercoaster it was!

The Lord has always been a ‘nu-nu’ monster and because of that I developed a nursing aversion on more than one occasion. Towards the end I hated nursing him; but for some reason I felt compelled to continue. Not for any kudos or recognition, merely because it meant so much to him. We live in a society where there is such a rush for our children to grow up and I, for one, believe that three (and a big bit) years old is still very bloody young. Anyway, as I said, it just kind of stopped. The Lord had talked for months about saying goodbye to nu-nu on the beach  (not quite sure why). He had a whole scenario in his head about his farewell, however it just slipped away and was never asked for again.

Anytime, anywhere…including half way round a family fun run!

The General was a slightly different story. He has never been as reliant on my no-so-inanimate objects. He pretty much stopped himself a couple of months after his second birthday. After my affair with myself in December we just never picked it up again. Guiltily, it is the General’s nu-nu cuddles I miss the most because they were never demanded. 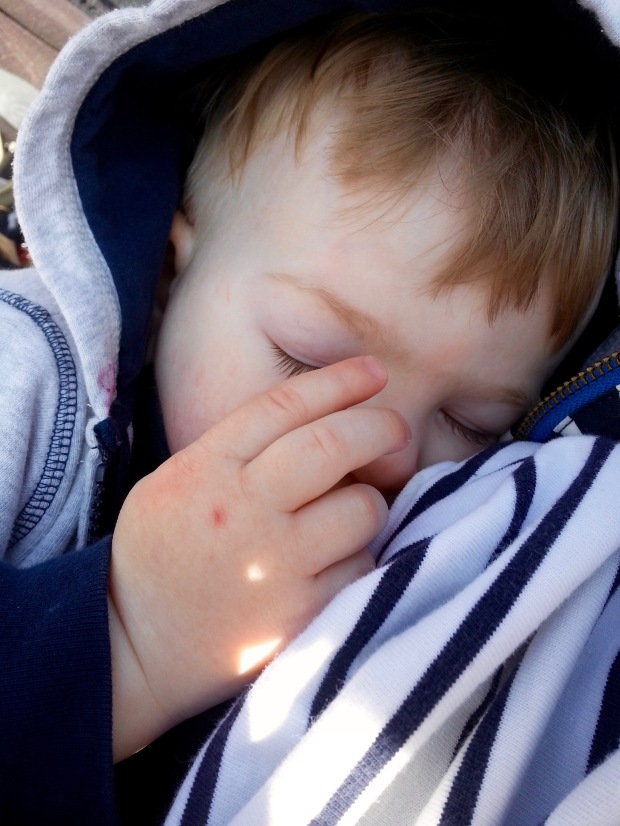 The gentle ‘v’ of a General who doesn’t care what you think!

I am not one to thrust my opinions down anyone’s throat and likewise I don’t appreciate others doing so to me. Breastfeeding is such a contentious subject which makes me so very sad. I had a terrible start to my journey and have encountered pretty much every hurdle you could imagine. I have had strangers question me, applaud me and support me in pretty much equal measure. Likewise with my friends too. Above all else though, I have done what I think is best for MY man cubs and I am chuffing proud of myself too.

Three years, nine months and 21 days of breastfeeding, around two years of which I were tandem.

One thought on “Let’s Talk About Boobies Again”